Slight changes of plan for v2.0 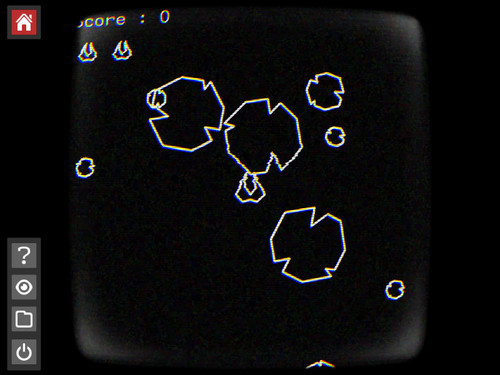 In my last devlog, I mentioned I planned to use Java and luaj to build Vectorboy 2.0. Turns out, it's much more complicated to implement some critical features like 3d and shaders and I'm just not having fun pulling my hair out. I may get back to Java eventually but version 2.0 will be built with Unity and Moonsharp again. It will still be kinda slow, but I have a few ideas to make it more manageable.

First off, shapes and models will be drawn in a single pass instead of drawing one line at a time. They will need to be instanciated and destroyed, instead of having to call their draw function every frame. I believe this will also make coding graphics more straightforward and intuitive. You'll still be able to draw single lines, but drawing a complex shape or a single line shouldn't have nearly as much of a difference in terms of performances.

Also, there will be an integrated shapes and models editor to make it easier to design visuals. It will be saved at the bottom of the lua file as a comment, so that you will still be able to edit your script in an external text editor without breaking the game. It will be much faster, both for the user and the program, to draw objects created in the editor.

I also wanted to add shaders to Vectorboy for the longest time, to give the display a different look-and-feel depending on the user's tastes, like for example, an old crt monitorlook, with distortion, static and scan lines (see the attached screenshot). With Unity, it will be very easy to implement.

I can't say when version 2.0 will be released, but you can expect it in the next few months. I've been busy with other projects lately and haven't had time to work much on Vectorboy, but it's still being worked on, little by little. I'm confident this new version will be a turning point for this fantasy console! And as always, thank you for your support! :)