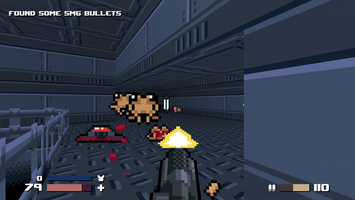 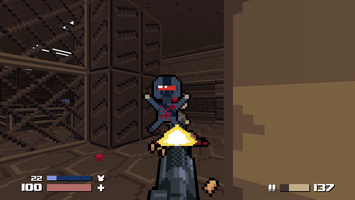 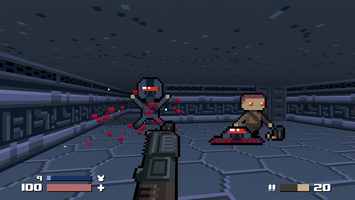 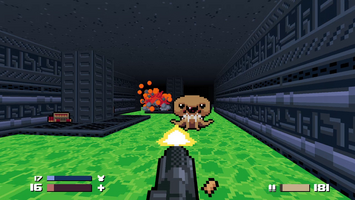 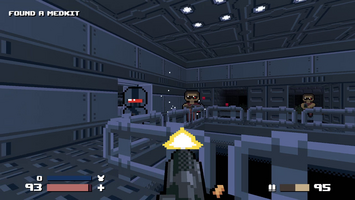 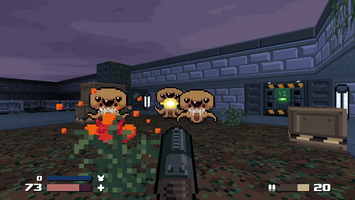 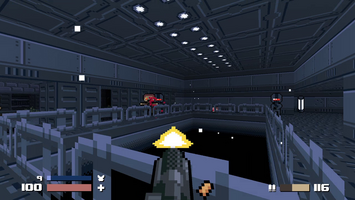 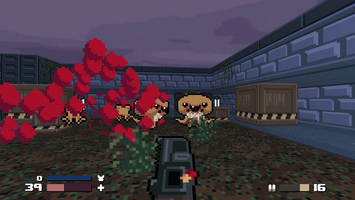 It's been a while since I posted a minor update, and I did a few bug fixes and tweaks since last time, so I took the opportunity to upload a new build; 0.4.0! It comes with the following changes;

- Fixed weapons' animations, might have been causing the shotgun to not be visible
- Enemies are now returning to their starting point when losing the player for 10 seconds
- Exit door doesn't trigger the end of the level automatically, you now have to go through the other side
- Respawners don't take half your ammo anymore, and the game over choices screen appears even if it's activated
- Minor other bug fixes and tweaks

Also, I uploaded additional builds for windows 32-bit, linux, and mac osx. I can't test the linux and mac version though, unfortunately, because I don't own a mac, and I don't have linux on my main computer yet, so I'm afraid I can't guarantee that they'll work at all. Still, I wanted to give you guys a little extra, so here you go~

I'm also making an appearance in the latest issue of E1M1 magazine, so if you'd like to see it, and many more retro first person shooters, head over to Kickstarter to back the release of issues 7 to 9!